The Resurgence of Speech and Debate 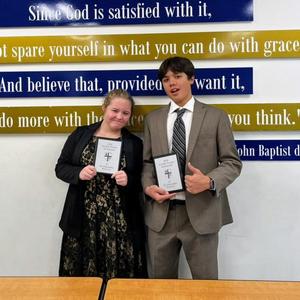 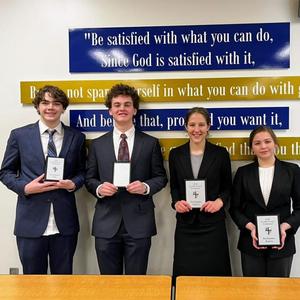 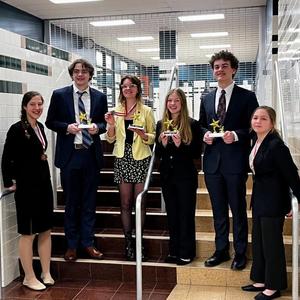 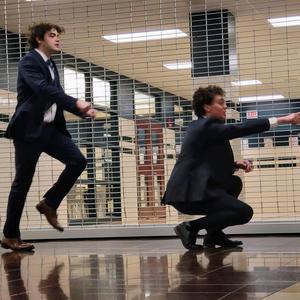 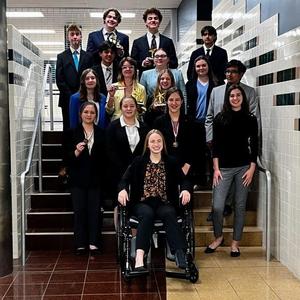 Delone Catholic High School is proud to announce the resurgence of our Speech and Debate Team, competing in tournaments once again in person. The COVID-19 pandemic called for most tournaments to be online, and now that in-person competing has started back up, the DCHS Speech and Debate team has seen a spike in interest and has been quite busy. In January alone, the team is scheduled to compete in events four weekends in a row.

One of these events will determine the future of the DCHS team moving on to state championships. Due to the surge in growth this year and the poise to move forward in competitions, Delone Catholic has hired Assistant Coach Kaitlin Repp ‘18. Coach Repp was a state champion herself when she was a member of the same team at Delone Catholic and has worked with Coach Knectmann since the beginning of the school year.